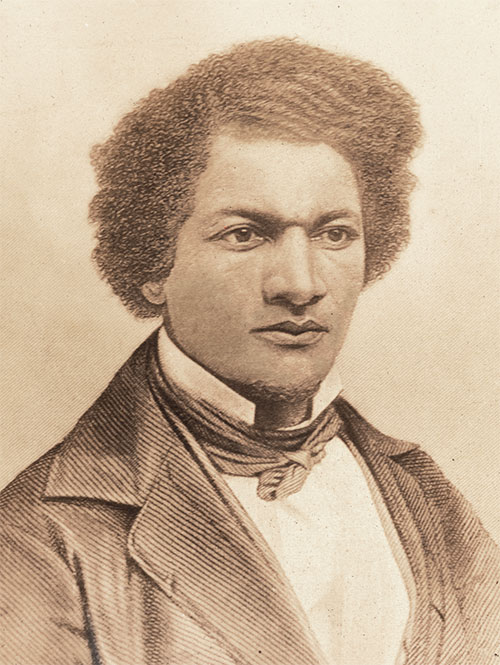 Scotland as a nation and Edinburgh as a city are at the heart of Frederick Douglass’s journey from slavery to freedom. Born into chattel slavery as Frederick Augustus Washington Bailey in Maryland USA, he risked his life to make his escape in 1838 and with the financial support of a free woman, Anna Murray, his bride-to-be. Taking his surname in freedom from the hero of Walter Scott's poem The Lady of the Lake, he first came to Edinburgh in 1846. For Douglass, Edinburgh was important not only for its unrivalled ‘elegance and grandeur’ but for its radical egalitarianism. Douglass exalted in his new found social status: ‘Everything is so different here from what I have been accustomed to in the United States. No insults to encounter – no prejudice to encounter, but all is smooth. I am treated as a man an equal brother. My color instead of being a barrier to social equality – is not thought of as such.’ This map takes you to the places where Frederick Douglass lived, held meetings and gave speeches during his antislavery campaign in Edinburgh.

Tap the map markers or scroll through the sidebar to zoom in to locations. 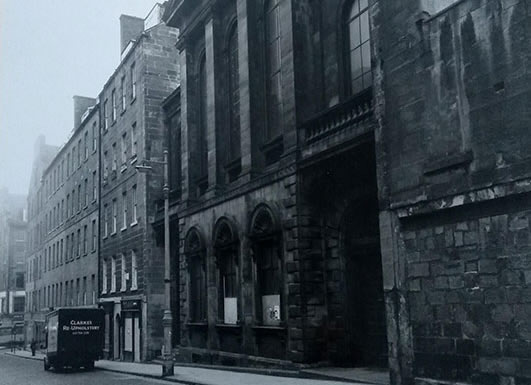 On September 24 1846, Douglass gave a rousing speech at Brighton Street Church. He admitted to feeling joy in being back in the city, “I feel right glad to be once more in Edinburgh” only to immediately condemn the immorality of the Free Church of Scotland by rhetorically questioning his audiences: “Would any man pray for light on a matter that was so self-evident as slavery?” His declaration, “I feel that the Englishmen have taken part with the slaveholder” was a canny manoeuvre calculated to inspire the women and men of Scotland to antislavery action as a vindication of their national moral superiority over England.

According to a report of two antislavery meetings that were held over consecutive evenings on April 29 and 30 in 1846 at South College Street Church, “this great building was crowded to suffocation in every part, by a highly respectable audience.” While the printed reports record only Henry Clarke Wright, James Buffum and George Thompson as giving speeches on these occasions, Frederick Douglass would almost certainly have joined them in denouncing the Free Church of Scotland for lining their coffers with the sinful gold supplied by “traffickers in human blood.” 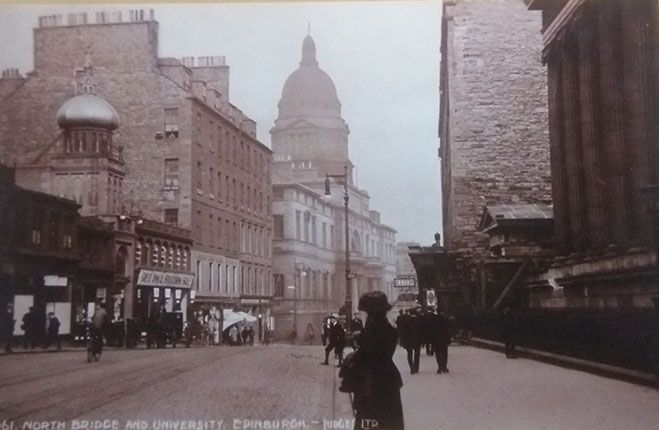 On one of his extended visits to the city, Douglass stayed at the York Temperance Hotel with white abolitionist campaigners, British radical, George Thompson (1804-78) and US reformer, James Buffum (1807-87). Writing a letter dated April 28, 1846, Douglass confides, “I am putting up at the ‘york hotel’. There sets Geo. Thompson by the window and there sets James N. Buffum near the fire. We came here yesterday from Glasgow – and shall lecture here this evening. Scotland is all in a blaze of antislavery excitement – in consequence of our exposures of the proslavery conduct of the free church of Scotland.” Only two weeks later, he writes a private letter on May 16 in which he admits to suffering from a terrible depression: “I got real low spirits a few days ago.” Never one to give up, he immediately found a solution: “I went down the street and saw in the window of a large store an old fiddle… I bought the fiddle… brought it to the Hotel, and struck up the ‘Campbells a coming.’ I had not played ten minutes before I began to feel better and gradually I came to myself again and was as lively as a cricket and as loving as a lamb.” 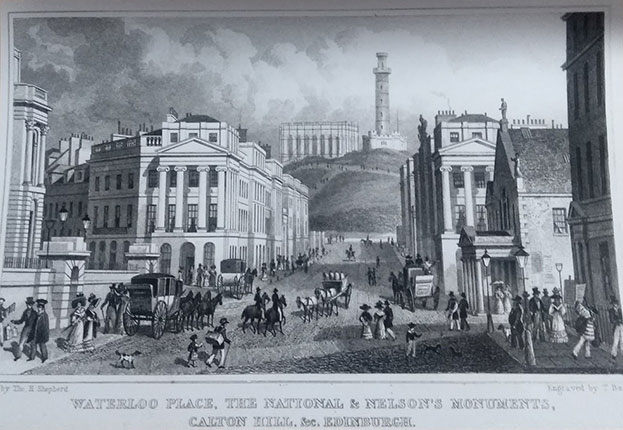 Standing in front of the Balmoral Hotel on North Bridge, you have a clear view of Salisbury Crags. In May 1846, British social justice campaigner George Thompson urged his audiences that the “Send Back the Money” plea, calling for the Free Church of Scotland to return the blood-stained funds from US slaveholders, be carved into these very same crags. One member of his audience was intently listening: “Mr. Frederick Douglass… immediately hied, spade in hand, accompanied by two ladies belonging to the Society of Friends… and began to carve this vulgar cry in graceful characters upon the great sward…. we understand that Mr. Douglass was immediately taken to task… upon which the philanthropic man of colour expressed deep contrition for the crime.” The Fife Herald, May 21, 1846. 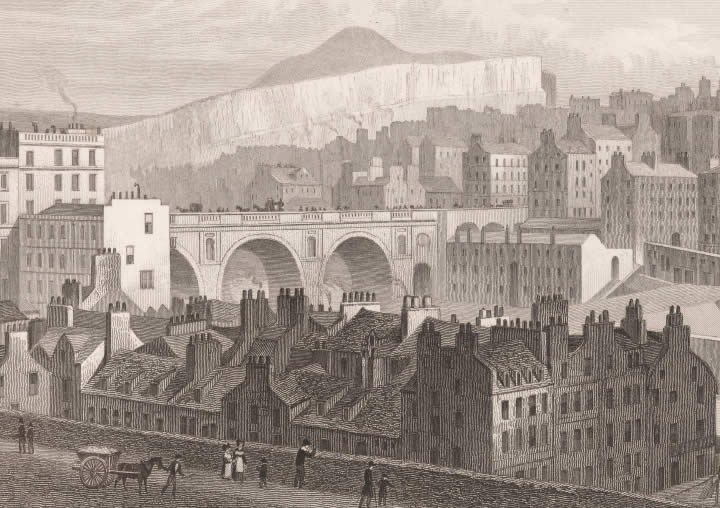 On May 1 1846, a public breakfast was held in honor of Frederick Douglass, UK radical, George Thompson and US reformers, Henry Clark Wright and James Buffum. “A large number of the well-known and most influential friends of the cause of abolition in Edinburgh” were in attendance. As an eye-witness reported, Douglass “especially enchained the attention of his audience, by the narration of a number of anecdotes relating to himself and other slaves, who had escaped from bondage.” The Edinburgh Ladies’ Emancipation Society held a meeting immediately following the breakfast. “Mr Douglass addressed the meeting” and a “resolution was proposed, and carried unanimously, pledging the Society to renewed exertions, and expressive of earnest sympathy with the friends from America.” 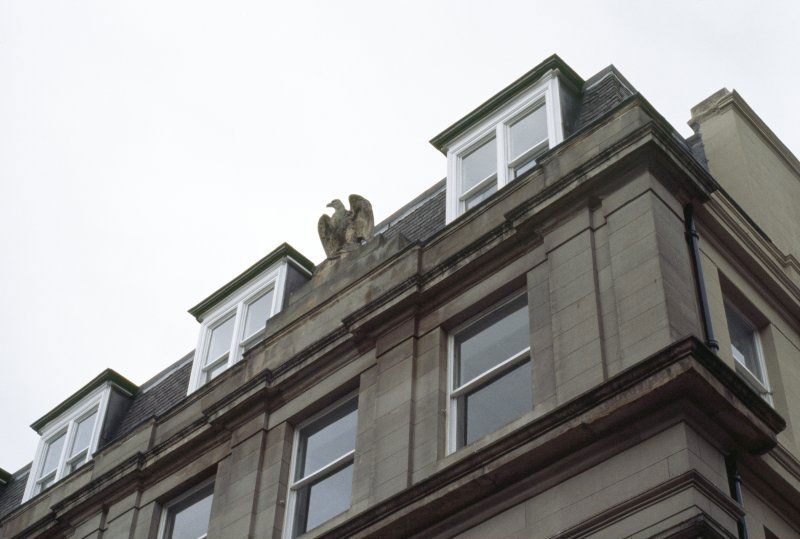 Widely known as “Mr McGilchrist’s Church,” Douglass gave repeated lectures at Rose Street Chapel. According to a newspaper report in the Caledonian Mercury on May 11, 1846, Douglass delivered a speech on May 8 debating“American Slavery and the Free Church.” He had “created a feeling of horror amongst the audience,” by telling them a “word about the cruelties.” The reporter recalled Douglass as saying he “would not speak of those he endured himself. He would not show them the stripes on his own back, but he would read them a number of advertisements daily inserted in the newspapers by the masters themselves.” 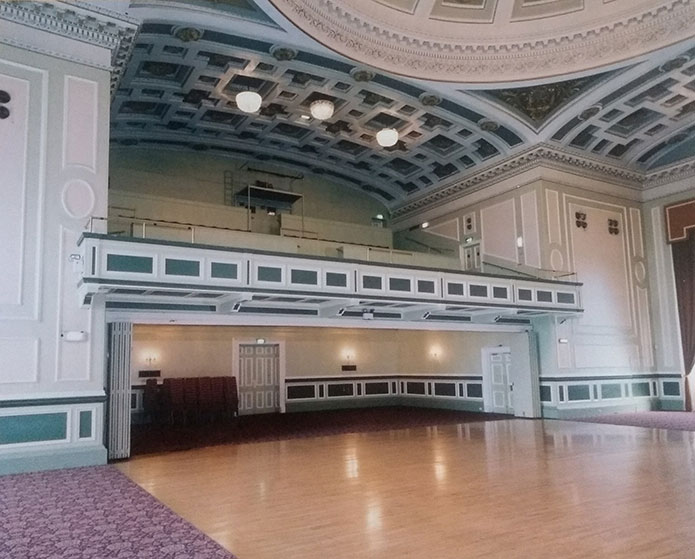 Among the many famous speeches Douglass delivered here is his May 1 1846 address to an audience of over 2000. He held his listeners, who had each paid six pence a ticket, riveted to their seats by telling a little known tale of Black heroism. Douglass shared the true story of “Madison Washington, an American slave, who with some others escaped from bondage, but were retaken, and put on board the brig Creole.” “Madison resolved to make another effort to regain his lost freedom,” Douglass declared, stating that he “got on deck, and seizing a handspike, struck down the captain and mate, secured the crew” and “in ten minutes was master of the ship.” 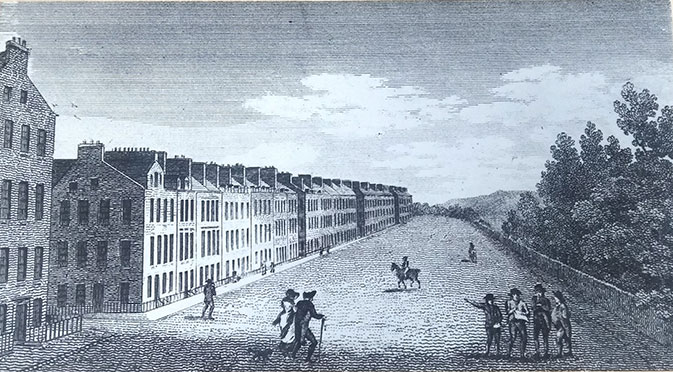 On his second visit to the UK, Douglass gave a lecture here on January 30 1860. According to one report, “Mr Frederick Douglass delivered a lecture in connection with the Ladies’ and Young Men’s Anti-Slavery Society, on American Slavery.” In this speech, Douglass proclaimed that, “The love of liberty was implanted in the breast of every man, and entered into every idea of man’s creation,” only to lend greater force to his condemnation of an “inconsistency – horrible, shocking, startling” that “there was at this moment in the United States four millions robbed of their right, stripped of their privileges, bought and sold like horses, sheep, or swine, in market!” Douglass was unequivocal in his appeal to audiences by urging, “The question which was at present agitating all classes was slavery or freedom – freedom or slavery?” 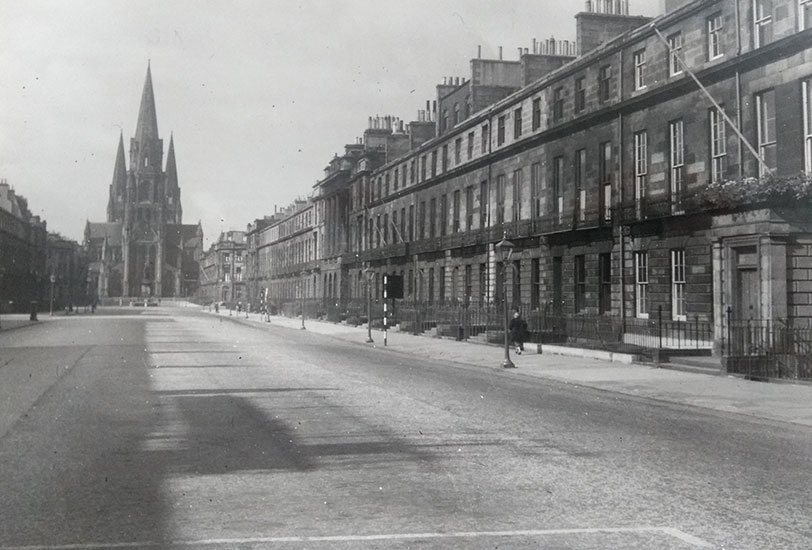 This was the residence of phrenologist, George Combe (1788-1858). In his final autobiography, Life and Times of Frederick Douglass (1893), Douglass recalls, “In company with George Thompson, James N. Buffum, and William L. Garrison, I had the honor to be invited by Mr. Combe to breakfast, and the occasion was one of the most delightful I met in dear old Scotland.” According to Garrison’s sons, Wendell Phillips and Francis Jackson Garrison, this breakfast took place on October 22, 1846.

Douglass lived as “Scotland’s anti-slavery agent” at 33 Gilmore Place and it was from this address that he corresponded with UK and US radical reformers and organized his antislavery lectures. Here he wrote letters confiding his leisure activities as a tourist by singling out “The Monument to Sir Walter Scott – on princes street” as “just one conglomeration of architectural beauties” and exulting in “The Carlton Hill, Salysbury Crags and Arthur Seat” as giving “ the city advantages over any city I have ever visited.” He also wrote of his unswerving belief in Edinburgh as a racially enlightened city: “I enjoy every thing here which may be enjoyed by those of a paler hue – no distinction here. I have found myself in the society of the… first people of this city and no one seemed alarmed by my presence.”